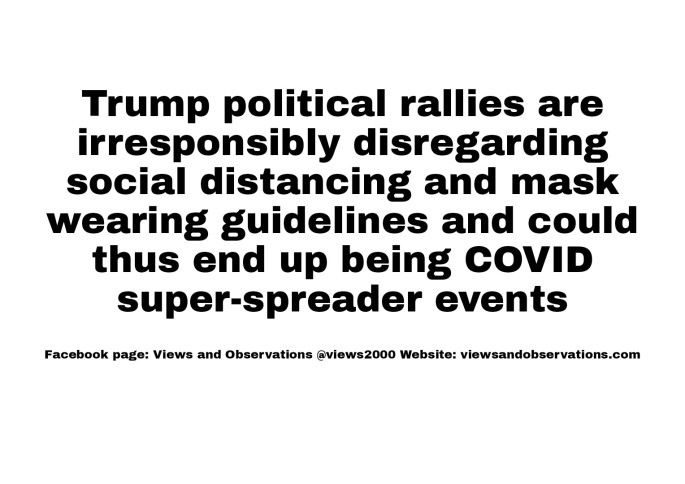 10-25-20
Let’s get one thing out of the way. I’m an Independent politically and don’t blindly follow anyone or anything. I look at the evidence and make the best decisions I can.
It’s very clear how horrendously bad a president Donald Trump is. His outrageous hurtful rhetoric, colossal scale of lying, authoritarian tendencies, xenophobic behavior, and gross mishandling of the COVID pandemic are well known. Trump seems to go out of his way to avoid upsetting Russia and has not held the adversarial nation accountable for its ongoing cyber attacks on the United States. He has also not adequately addressed the serious accusations of Russia paying bounties for killing US and Coalition soldiers in the Middle East. On top of that, he and other Republicans are using the courts to try to take away Obamacare in the middle of this pandemic without having any replacement whatsoever. If they succeed, millions of Americans with pre-existing medical conditions would be at risk of losing their health insurance during the COVID 19 crisis. Think about that. If you don’t have a pre-existing medical condition, I bet you know someone who does. Trump is also engaged in voter suppression with his baseless, unfounded attacks on mail in voting. He is clearly trying to hinder the ability of people (whom he fears will vote against him) to vote. This sort of behavior goes against the very foundation of our country and democracy itself.
Now consider this: Trump is totally disregarding social distancing and mask wearing guidelines at his political rallies. During these events, people are gathering in very close quarters (often shoulder to shoulder) and the majority are not wearing masks. The September 26 White House event in the Rose Garden has already proven to be a COVID super-spreader event that led to over 20 confirmed cases and has potentially led to the exposure of hundreds (or even thousands) more people. Some of these rallies could end up being even worse super-spreader events. How many people are going to get sick from these Trump rallies, and how many will die? Think about that. This exemplifies how horribly the Trump Administration has been handling the COVID pandemic.
I could go on and on. The point is that whatever your political views, it’s time to unite behind Joe Biden and Kamala Harris because we must vote Trump out of the White House. We also need to vote a Democratic majority to both Chambers of Congress in order to start trying to repair the damage being done to this country by Trump and numerous other DC Republicans.
The United States cannot afford 4 more years of Donald Trump.
It’s time to bring back decency, thoughtfulness, respect, humanity, empathy, and service to the White House and Federal Government. 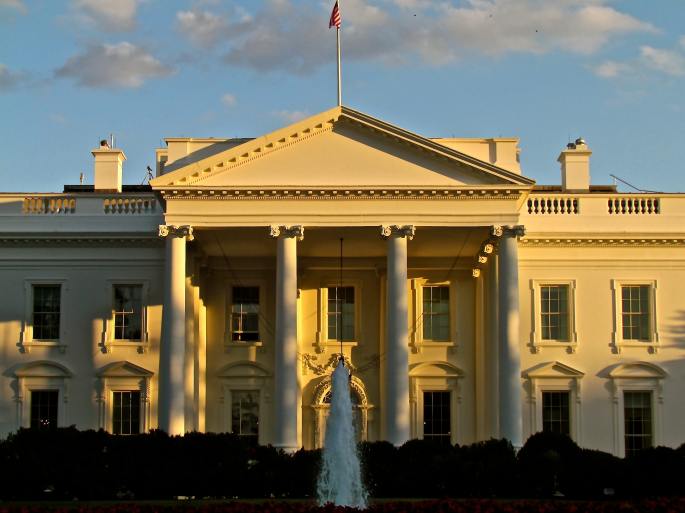 Too much is at stake not too!

Trump is a horrible president.

He lies on a scale we haven’t seen in modern presidential history.  He attacks the free press relentlessly in a way that is scarily reminiscent of authoritarian leaders and won’t admit when he is wrong or makes a mistake.

He insults and alienates our allies while cozying up to Russian leader Vladimir Putin, a person who is a clear adversary to the United States and democracy as a whole. Trump won’t even admit that Russia interfered in the 2016 election (and is doing so again) despite the fact that every single American Intelligence Agency says Russia did.

Trump’s attacks on the free press in addition to his failure to provide leadership in combating Russian interference in our elections weakens our democracy.

His actions in the Middle East have strengthened Russia’s position in Syria and has increased the likelihood that Iran will become a nuclear power. If Iran goes nuclear, Saudi Arabia will soon follow as they are adversaries.

Trump is worsening Human Caused Climate Change by withdrawing the US from the Paris Agreement and by pursuing policies which increase fossil fuel use while also slowing down change to renewable energy sources. This also hurts the United States economically because renewable energy is the future worldwide. The US should be a leader in this field which would be better both environmentally and economically. Instead, the US is falling behind while other nations such as Germany and China become the leaders.

Trump is trying to pack the Supreme Court with hard right social conservatives. If this continues, many rights, such as same gender marriage and other LGBTQ rights, may be lost.

Also, the national debt is skyrocketing under Trump. This is not economically sustainable.

Folks, the upcoming election is one of the most important events in American history.

That is no exaggeration.

So much is at stake!

And remember, we must all unite behind whoever wins the Democratic presidential nomination. Third party or Independent candidates have zero chance of winning the presidential election. Zero.

The next president will be either the Democrat or Donald Trump.

Let’s be damn sure it’s the Democrat!

And for your information, I’m an Independent myself. 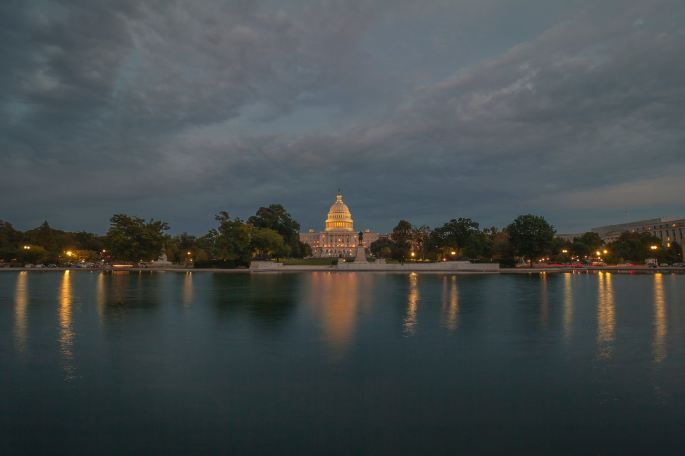 I think Donald Trump is one of the worst, most corrupt presidents in American history. I also believe he is potentially one of the most dangerous with his penchant for telling falsehoods, apparent instability, attacks on the free press, and the way he seems to like authoritarianism. Considering the power he is wielding over the Republican Party and that he has access to the nuclear codes…well these are scary times.

That said, I do believe our Democracy will survive. Hopefully the American people will vote Trump out of the White House and also vote a Democratic majority into Congress so that we can start trying to repair the damage which has been done.

I can certainly appreciate the emotions Pelosi must have been feeling at the State of the Union address. On top of the everything else going on, Trump clearly refused to shake her hand when she offered (and is tradition at the SOTU). His address included numerous exaggerations and falsehoods in addition to unnecessary jabs at Democrats considering this was the State of the Union address and not a political rally.

But tearing up the SOTU copy she had been given in many ways lowered herself to Donald Trump’s level. I think it would have been better for her to take the high road.

Be the adult in the room, so to speak.

Be the cool, calm, determined, thoughtful leader that millions of Americans are yearning for but are clearly not finding from Donald Trump.

There are turbulent times ahead.

Let’s unite behind whoever wins the Democratic Presidential nomination and vote Trump out of office. We need to vote in a Democratic majority into Congress as well.

Together, we can get the United States back on a better course.